Oyo State Government has developed a robust and strategic plan to guide the adoption of agriculture as a viable pillar for expanding the State’s economy. The Governor who was represented by the Secretary to the State Government Mrs Olubamiwo Adeosun made this known today during the flag-off/roll-out of the distribution of agricultural inputs to farmers by the Federal Ministry of Agriculture and Rural Development.

He stated that the construction of rural roads, upgrade of farm settlements to Farm Estates, flag-off of the youths in agribusiness initiative in Awe, as well as the flag-off of the Oyo State Agribusiness Agency (OYSADA) headquarters in Saki are part of efforts to reposition agriculture in the State.

The Governor reiterated the State’s belief in putting resources together in a systematic, deliberate and logical way to create an impact on agribusiness in the State and the Country, while commending the Ministry and the Minister of State for Agriculture and Rural Development, Alhaji Mustapha Baba Shehuri for the support given to farmers in Oyo State at a time when the world is facing the challenges of COVID-19.

He noted that it is imperative to come together to support our citizens.

He tasked the Federal Ministry of Agriculture on areas of partnership with the State.

Gov. Seyi Makinde Flagged Off The Youths In Agribusiness Project At The Rural Community Development Centre (RCDC), Aawe.June 10, 2020
We Have Put Measures in Place to Secure Farmers' Lives - Oyo GovtMarch 3, 2021 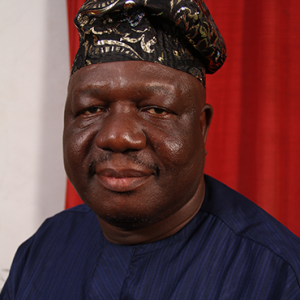